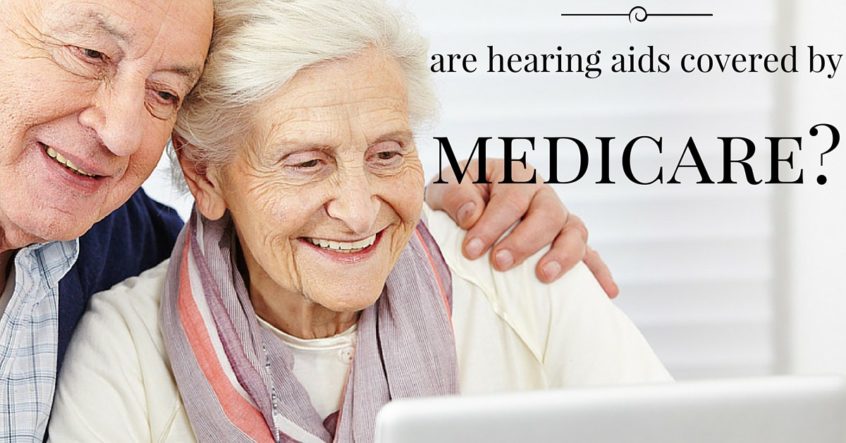 Are Hearing Aids Covered By Medicare?

Hearing loss is the third most common medical condition in the U.S., affecting one third of people over the age of 65 and nearly one half of people over the age of 75. Although this condition is not strictly limited to the older population—it is a rapidly growing problem across all age groups, and affects more than six million people in the U.S. between the ages of 18 and 44—hearing impairment does, as a rule, go hand-in-hand with aging. Loss of hearing can interfere with the enjoyment of everyday activities, lead to isolation and depression, and have a negative impact on one’s social life and relationships. While hearing damage cannot be reversed, it is very treatable, and many people report an improvement in their general well-being and quality of life after being fitted with a hearing aid. Unfortunately, the cost for hearing aids ranges from hundreds to thousands of dollars and this small, life-improving device is out of reach for many.

Medicare, the federal health insurance program for citizens 65 years of age and older (and young people with disabilities) does not generally cover routine hearing exams or hearing aids. This is a surprising fact, considering that there are a vast number of people currently enrolled in Medicare plans who would greatly benefit from wearing an assistive hearing device, but are on too limited an income to afford the exam, the fitting, and the aid itself.  One exception to the rule is if an individual is on a Medicare Advantage plan (Medicare Part C): this plan is a healthcare option that is run by a private insurance company under contract with Medicare which offers benefits not typically included with Original Medicare, including hearing exams and hearing aids. As another alternative, some states have hearing-related benefits, including coverage for hearing aids, for qualified residents through Medicaid (an insurance program for low-income individuals) and other state programs.

Why Medicare doesn’t cover hearing aids (and why it should)

Hearing aids and hearing tests, like eyeglasses, are considered an elective, a term used to describe something that is not medically “necessary”. This elective extends to routine hearing exams, which are also the responsibility of the Medicare patient, who in most cases must pay 100 percent of the bill, unless they have additional insurance through another provider. While it is clear that a hearing aid is a basic necessity for many individuals and not an “elective”, the reasons for Medicare excluding hearing aid coverage from its plans are open to speculation.  Fiscally speaking, insurance companies generally cover uncommon risks or problems to minimize costs, but as hearing loss is strongly associated with aging, it is a very likely problem and thus is not considered insurable.

The good news is that an important piece of legislation, The Help Extend Auditory Relief Act, has been reintroduced in the House of Representatives and if it passes, seniors will see significant changes to their hearing coverage under Medicare. This bill, first introduced in 2013, would also provide coverage for a “comprehensive audiology assessment” to determine whether a hearing aid is necessary and appropriate for an individual. Hearing loss is a quality-of-life altering condition affecting a huge part of the population, and hopefully soon, affordable hearing aids will be a reality for our nation’s seniors.

Hear all that life has to offer. Visit Hearing Aids Associates at one of our locations for a consultation.