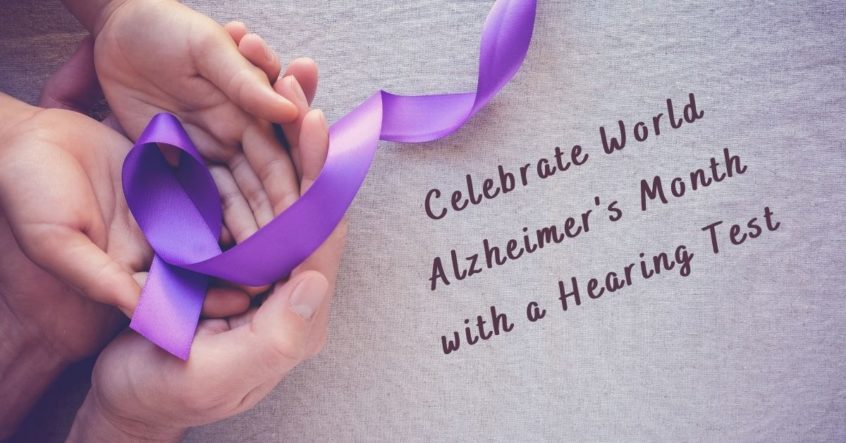 Every September, the Alzheimer’s Disease International (ADI) celebrates awareness and challenges the stigma that surrounds dementia. Alzheimer’s disease is a debilitating disease of the brain, causing large amounts of brain cells to die, affecting an individual’s ability to think clearly.

The Cost of Alzheimer’s

As this disease progresses people struggle to do the things they succeeded in for the majority of their lives, like driving a car, brushing teeth, or cooking a meal. Because people lose the ability to perform simple self-care routines they require full time caretaker as the disease progresses.

Not only is this disease devastating to witness as your loved one’s loose recognition of your life together but it can also be very expensive for families of patients. According to the Alzheimer’s Association, this disease on average costs families $341,000, for medical care from diagnosis to death. Families often are expected to pay 70 percent of this out of pocket, and this does not even take into account the full time care, often unpaid, required for someone suffering from Alzheimer’s disease.

The Importance of Early Diagnosis

This condition often starts slowly, with just small instances of forgetfulness and can progress to a loss of memory, mood swings and more. The sooner you can diagnose Alzheimer’s disease the better. Diagnosing this condition early allows for people to plan a care routine, helps participate in clinical trials which can help researchers fight this condition, take medications which can slow the onset and start to make lifestyle changes early which can slow the progression of the disease.

While current therapies do not prevent, stop or reverse Alzheimer’s disease, these therapies can improve and prolong cognitive function in many individuals with Alzheimer’s dementia.

A new study from the Lancet Commission recently identified 12 modifiable risk factors that could help to slow or prevent all together the risk of Alzheimer’s disease. The report, titled “Dementia prevention, intervention, and care” from the Lancet Commission included three risk factors to the previous nine identified in 2017.  The commission added: head trauma, air pollution and excessive alcohol use, to the list. The other nine modifiable risk factors include: hypertension, diabetes, smoking, depression, social isolation, lower level of education, obesity, less physical activity and untreated hearing loss.

While many of these conditions can’t always be avoided, steps can be made to lessen the risk of developing this devastating condition.

One important step you can take to help prevent the onset of Alzheimer’s disease is to have your hearing checked regularly, especially as you age. With about 1 in 3 people in the United States between the ages of 65 and 74 dealing with some level of hearing loss, this condition not only makes it difficult to hear those around you but also can actually contribute to escalating dementia.

When we struggle to hear what the people around us are saying, it is common to feel exhausted and left out of the loop. It may be more comfortable for those with untreated hearing loss to stay at home and avoid social interaction. When we avoid social situations and going out in public, our brains can become under-stimulated.

While there is no cure for hearing loss it can be treated very effectively with hearing aids. Hearing aids amplify the tones and pitches that you cannot detect and send them to your inner ear to be easily decipherable by your brain.

The sooner you start using hearing aids, the lower your risk of developing dementia. If you or someone you love is struggling with hearing loss, don’t let it progress to the point of Alzheimer’s. Use World Alzheimer’s Month as a call to fight this condition. It starts with you! Make an appointment to have your hearing checked and start dealing with your hearing issues today!