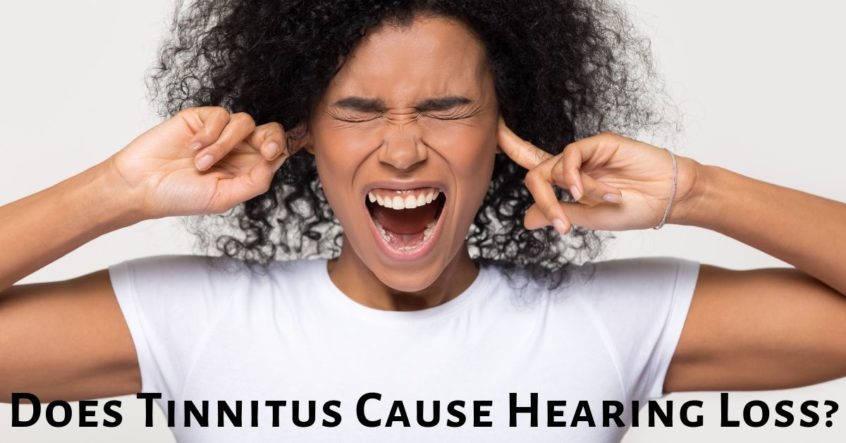 Tinnitus is a condition that affects around 45 million people in the United States of America, according to the Centers for Disease Control (otherwise known as the CDC). Tinnitus is related to hearing loss, but it does not cause hearing loss. It is especially prevalent in older adults, though it can affect people of all ages. People who are experiencing tinnitus perceive that there is a persistent ringing in their ears that only they can hear, but there are also several other sounds that people with tinnitus experience. They may perceive irritating sounds such as buzzing, clicking, hissing, and whistling. These sounds are sometimes called “phantom sounds” because nobody else can hear them except for the person with tinnitus, and they can range from high to low pitches in one or both ears.

Tinnitus can be unpredictable, coming and going without warning. It can make it very difficult to concentrate, especially if you work or go to school or frequent other places that are relatively quiet. Some people find that their tinnitus gets worse in the evenings and at night, often right before they go to sleep when there are fewer other sounds that might mask the ringing. Tinnitus has been linked to insomnia as well as being associated with anxiety, depression, and general irritability. Nearly one-third of those forty-five million Americans find their tinnitus so debilitating that they seek medical attention in the hopes of soothing their symptoms and finding relief.

While there is no singular cure for tinnitus, there are some things that may help alleviate the condition. It is important to remember that tinnitus is actually just a sign of another, underlying condition and identifying this condition is key to treating tinnitus. There are several causes of tinnitus. Tinnitus can result from a blocked inner, middle, or outer ear. The cause of this blockage can be as simple as blocked ear wax, which can be treated by flushing the ear with warm water. It may be that the ear has become infected, and a health professional can determine the best treatment for you, which may include flushing the ear as well as a course of antibiotics.

There are some causes of tinnitus that require more intensive hearing health care assistance. Tinnitus can be caused by exposure to loud sounds that might occur on a job site that uses heavy machinery or explosive devices, and it can be caused by injuries such as head-on collisions. Smaller-scale devices such as in-ear headphones can also hearing loss and tinnitus. People older than the age of 60 are also at a greater risk for hearing loss and hearing sensitivity, and their gradual hearing loss is frequently accompanied by tinnitus. Some studies have found that some habits such as drinking alcohol and smoking may contribute to tinnitus.

One of the most common treatments of tinnitus is sound therapy, which uses external noise like background music or a white noise machine to mask the perception of tinnitus. Sound therapy only provide temporary relief, however. When the external noise is removed, the person experiencing tinnitus will again sense a ringing or another persistent and distracting sound. Hearing aids, however, can provide more long-lasting relief from tinnitus because they amplify all manner of external sounds. The environmental sounds that a hearing aid can pick up can thereby redirect attention of the person experiencing tinnitus away from the ringing and toward other sounds.

Treating tinnitus is an important part of long-lasting hearing health. There are links between hearing issues such as hearing loss and feelings of isolation, depression, anxiety, and more. The more aware you are about the causes of hearing loss and related issues such as tinnitus, the more prepared you will be to address them. Contact us at Hearing Aid Associates today to learn more about our tinnitus treatment options.