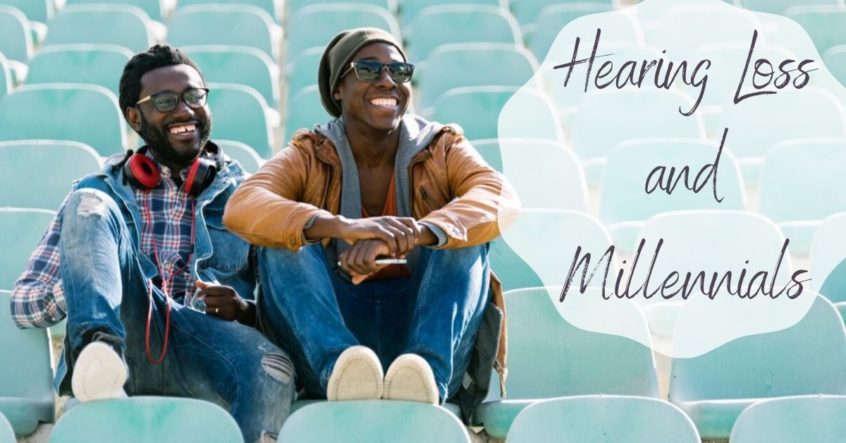 For many of us, the first association with hearing loss is old age. Indeed, most people who live to old age do encounter some form of Presbycusis, the name for the type of hearing loss that happens as part of the natural process of aging. However, something is rapidly changing in the rates of hearing loss among younger people. Although it used to be the case that it was relatively rare to experience hearing loss as a young person, a new generation of Millennials is reporting hearing loss in record numbers. What might cause this phenomenon? Let’s take a moment to consider the possibilities and the likely culprits in this new wave of young people with hearing loss.

The Centers for Disease Control and Prevention report that some 40 million people between age 20 and 69 have some form of hearing loss caused by exposure to “everyday noise.” Yet, how do they classify such noise? The sonic environments of urban and even rural spaces are transforming. With new technology, sounds in a wide range of frequencies are inundating our ears, and we can become to relatively loud decibel levels of sound quite quickly. Some blame the workplace for this transformation, noting that our occupations might be inundating our ears with damaging sound from a younger age than ever before.

However, the role of workplace-induced hearing loss can’t account for another recently reported statistic. Children even younger than this group also show record rates of noise-induced hearing loss. Indeed, 17 percent of Americans 12 to 19 years old have this form of hearing impairment. Whereas it is possible that the older age group might be encountering harsh, loud noise, it would not be the case with this group of teenagers. Researchers have been prompted to consider the new types of everyday noise that we might encounter outside the workplace.

One of the quickly changing features of our lifestyles has to do with the constant inundation of media, including video and music. The older generations did not have portable access to audio in the same way that Millennials do, and this transformation in everyday habits might be causing the drastic rise in hearing loss.

Portable audio played through headphones or earbuds can seem harmless. However, the maximum volumes made possible through these devices are incredibly loud, literally deafening to the ears. Although it might not feel uncomfortable to a user, these high decibel levels should only be exposed in very short amounts of time. However, earbuds make it possible to blast loud sound into the inner ear for long periods of time, particularly among young people who watch television for a long period of consecutive time or who play video games all night long. These habits expose the ears to too much loud sound in one sitting, and they are likely causing permanent damage to the features of the inner ear.

Technology has made loud music possible in public settings, as well. Whereas loudspeakers were not equipped to reach big crowds as recently as the 1960s, the decades since them have seen remarkable innovations in amplification technology. Nightclubs, live music venues, and concert arenas all supply louder sound than their counterparts in the past were able to do. Younger generations are exposing themselves to these powerful sounds in record numbers, and the sound amplification is not always confined to indoor spaces.

Researchers have noted that particularly in the developing world, amplification technology has advanced rapidly as a means of advertising and enjoyment. However, a young employee may be required to sit directly in front of a loud Bluetooth speaker day in and day out, doing lasting damage to the ears.

With these many technological advances comes along a need to mitigate their detrimental effects, and it looks like hearing damage is among the greatest among them. The task will remain with corporate leaders and policy makers to devise solutions to what is rapidly being considered a public health crisis.

We can only do so much to change the culture around sound amplification, but you can do your own part to limit the use of earbuds and loudspeakers, giving your ears a rest and your future self the ability to hear.

To get your hearing tested, contact us at Hearing Aid Associates today!