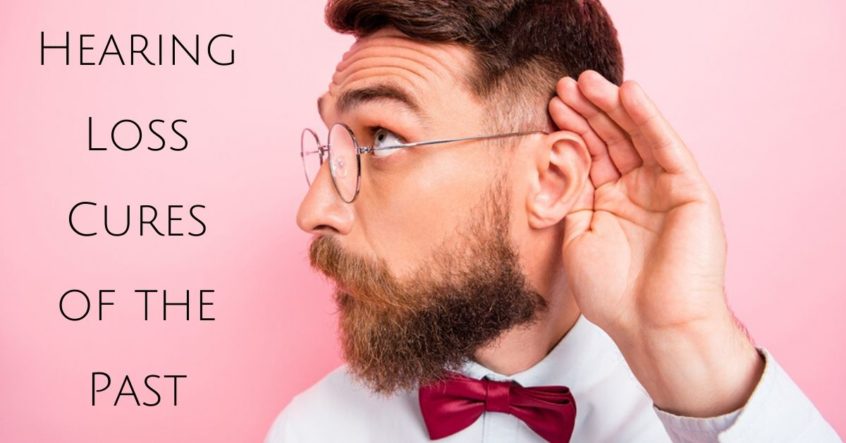 Over the centuries, people have concocted outrageous potions and therapies to cure hearing loss. For much of the past, hearing loss was a relatively misunderstood affliction. Mostly, people viewed deafness as a terrible sickness that needed to be cured immediately and by any means necessary. The reality of deafness is that it’s harmless in most cases and just forces those with it to live differently.

While conditions like deafness are becoming more acceptable in progressive nations, some countries still view deafness as a threatening condition. In those countries, people still rely on crazy methods of “curing” hearing loss. In most cases, they resort to religious or spirit remedies, but occasionally, things can get out of control.

It’s sad to think that in these modern times, people still treat deafness like humans did centuries ago. One of the world’s most famous deaf people, Beethoven, went through a lot with his doctors when they were trying to cure him. He developed tinnitus at a young age and more deficiencies developed as he got older. In his youth, while traveling around Europe, he saw many doctors to cure his ailment. They put almond oil in his ears, they electrocuted him, and they isolated him for a while.

None of their so-called cures worked, but Beethoven didn’t seem too bothered, as he went to make some of the most memorable music in human history. The strange fixes people came up with only get more ridiculous the closer science got to modern medicine, which is weird. One would think that as scientists learned more about hearing loss, the remedies would get better.

Technically, the strange contraption phase science and medicine went through wasn’t too bad. It was mostly a waste of time and resources, and the contraptions pertaining to hearing loss didn’t work. A lot of good came from that era of medicinal exploration; just none of it applied to hearing restoration. Also, all the devices created for hearing restoration made the wearers looked goofy.

There was a 100-year period between modern medicine and the late 1800s when doctors and healers alike were doing stupid stuff to solve hearing loss. The 1900s was not a good time to be deaf. Much of the world thought deafness was deadly or something. They used to tell people to shove sticks in their ears and leave them there all the time until they regained their hearing. Some people boiled their own urine and steamed their ears with the boiled-off water.

Very little of what people were doing in the 1900s made sense, but eventually, people figured that out. The ridiculous, for the most part, calmed down and real science and medicine began providing real treatments and devices that could prevent or restore hearing loss. Completely deaf people learned sign language and learned how to live a happy life being deaf. In the modern world, hearing loss is no longer a death sentence.

With that being said, there are still people selling some wacky cures for hearing loss. Along the spiritual lines, hypnosis seems to be popular. It’s not really clear how deaf people can be hypnotized in the first place, as they can’t hear any of the hypnotizing sounds that are required to fully hypnotize someone. Despite the disbelief, some people openly declare that their hearing loss was cured by hypnosis. David Quigley is one of those people.

Most people buying into weird cures are purchasing hearing loss pills or personal sound amplification devices. Both seem like products that could truly help but neither is clinically proven, and they’re both considered scams.

Lastly, there’s the cheese-eating method. That’s right; eating lots of cheese can supposedly restore one’s hearing. This method was discovered during a study of more than 500 U.S. troops who had been exposed to loud noises. The results did show that the D-methionine found in cheese did improve hearing somewhat. But, for the cheese method to work, it would take about five pounds of cheese.

The best way to cure hearing loss is with a hearing aid. In conductive cases, surgery and an implant may be needed. Contact us today for an appointment!