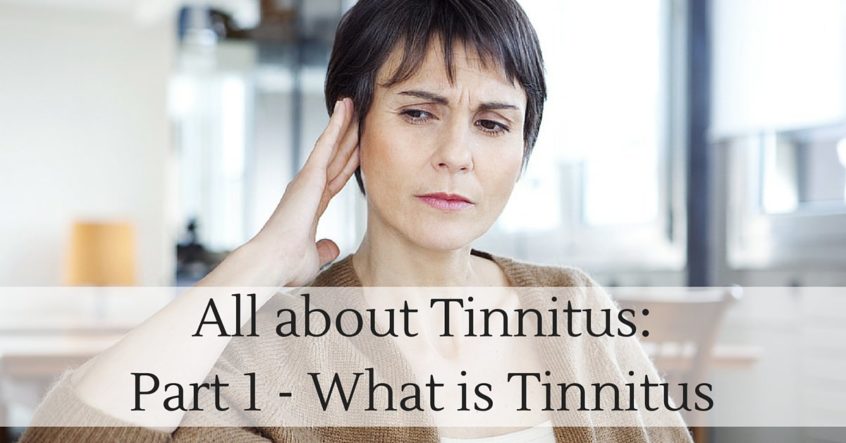 All About Tinnitus: Part 1 – What is Tinnitus?

Tinnitus is the condition in which one experiences sounds without the stimulus of an external noise source.

Tinnitus is commonly referred to as a “ringing of the ears,” but it is not necessarily always a ringing sound. The sound is personal and differs person to person. It has been described as a whoosh of air; a cracking; a buzz; a pop; a crack; a roar; and in some cases, even some measures of music. Tinnitus may be temporary or chronic.

Tinnitus appears in 80% of cases of hearing loss, and the two have been closely linked as a result. Risk factors for tinnitus include smoking, cardiovascular problems, exposure to loud noise, and gender (men are more likely to experience tinnitus).

Tinnitus is a distracting condition, often causes frustration. Especially in cases where tinnitus is chronic, tinnitus has been linked to elevated levels of stress and anxiety. It may also contribute to sleep deprivation, as the sounds may be distracting as people fall asleep. Tinnitus has adverse effects in the workplace, causing memory problems and a decreased level of productivity.

Types and Causes of Tinnitus

There are two types of tinnitus: subjective and objective.

This is the first in a three part series about tinnitus. Tune in next time to learn about how tinnitus is identified and treated.

Hear all that life has to offer. Visit Hearing Aids Associates at one of our locations for a consultation.